Archaeological digs in the holy sepulcher 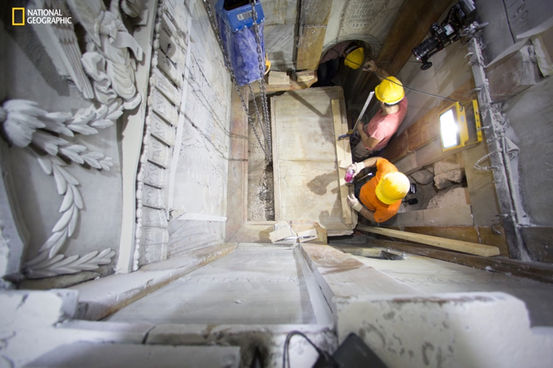 Excavation of the "tomb of Jesus"

Archaeologists recently excavated a  in ancient times believed held the remains of . According to legend, the tomb was discovered in the fourth century after Helena, the mother of the Roman Emperor Constantine (who legalized Christianity and supposedly converted to it), traveled to Jerusalem and ordered excavations to find the tomb's location. After Jesus' tomb was identified, according to legend, the imperial family ordered that a shrine be built over the site. Records indicate that by 1555 the tomb had been damaged. In order to protect the tomb, marble cladding was built over it. The cladding covered and sealed the tomb. In 2016, a team of archaeologists opened the tomb in order to carry out conservation work and learn more about the site. They found the limestone bed, which, according to legend, Christ's body had been placed on after he was crucified. The excavations may shed more light on the tomb and the legends behind it.